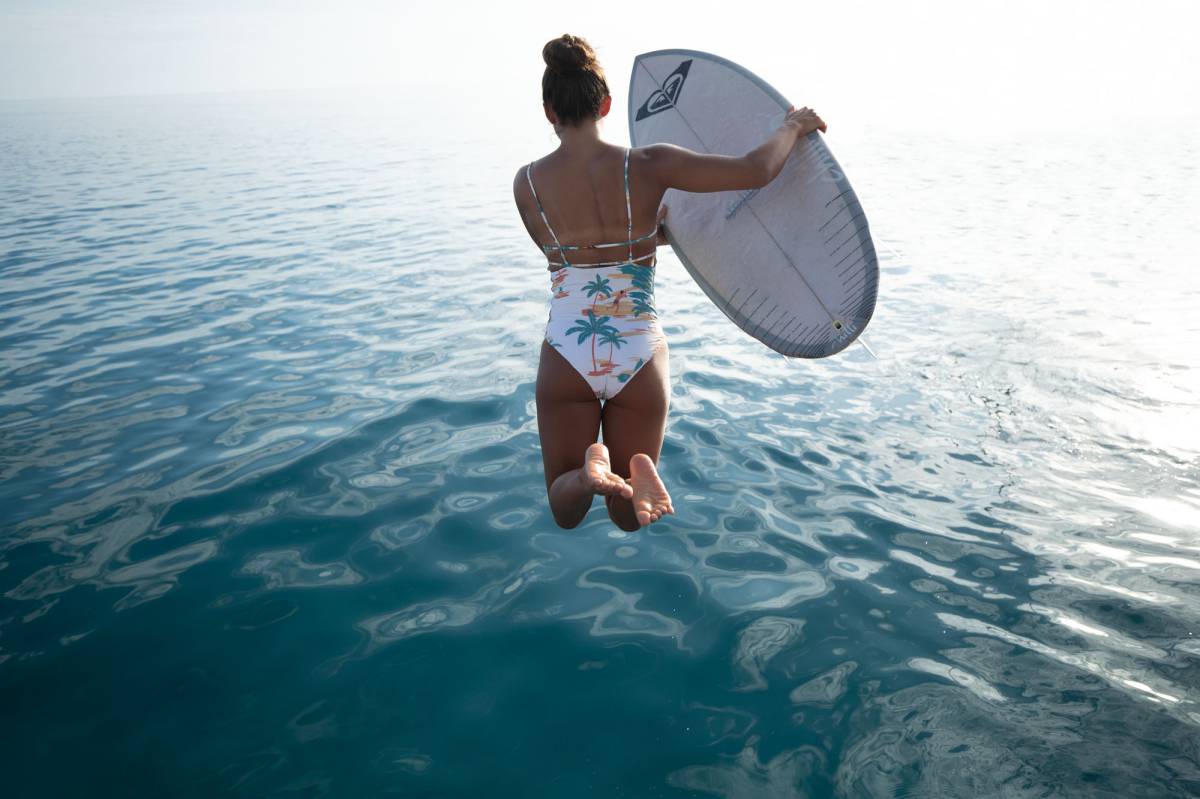 SOMO BLOWED THE CANDLES OF THE FESTIVAL 25TH ANNIVERSARY OF THE SCHOOL CÁNTABRA DE SURF
• The Portuguese Joao Kopke and the Cantabrian Pablo Carranza dominated the waves and the asphalt.
• The music festival set the tone for the event, organized by the pioneering surf school in Spain.
They rolled the energy drinks in the Cantabrian town of Somo to endure the type before a marathon weekend of action and extreme sport in the sixth edition of the Cantabrian School of Surf Festival, the pioneering surf school in Spain, which this year celebrates Its 25th anniversary.
The feast of presentation of the festival heated the atmosphere on Friday afternoon, although it was the day of Saturday that put all the meat on the grill.
The day began with the 17th edition of the Cántabra Surf School Open. Valedera for the national circuit, the test was around 50 students, divided into two categories: open and women. Surfers from all over the country were intermingled with international figures to offer a show that lived up to expectations. Far from the optimum tide point, the waves accompanied during the first measures of the day. With a size sometimes above a half meter, the waves of the “old camping” provided the perfect setting to express the technique of surfers, who were showing higher levels as the sleeves progressed.
With the high tide and somewhat windy conditions, it was time to play the finals. Somewhat lackluster by the decrease in the size of the waves, the final open was developed. The Portuguese Joao Kopke took advantage of the first moment, opening a matched fight for the second place between Cantabrian Pablo Gutiérrez and Basque Ethan Egiguren. In women, it was the Basque Maddi Aizpurua who took the win, ahead of the Cantabrian Violeta Sánchez.
The second course of the day was cooked a few meters from the sand. There was no pin in the skate park of Somo to taste a new edition of the Cántabra Skate Open School which, for the sixth consecutive year, brought together an exquisite selection of “cracks of the four wheels.” Endorsed by the great “Jairo Rock”, the show was once again served, this time in four installments: open, females, sub-16 and sub-12. Highlight the good work of the smallest, as well as the spectacular domination of the skateboard of the open finalists. The fight for the victory between Santander Carranza and the Spaniard Jaime Mateu raised the bar to a level never seen in the skate park of the locality trasmerana, that was filled up to the flag.
With the awards of sports prizes came the time of the drawings and gifts, and also, the tributes, which had the participation of different personalities of the national surf. The graffiti exhibition and the premiere of ‘Blush’, the new film by the Egiguren brothers, kicked off the music festival. On the stage of the large car park in Somo there were bands such as Rice & Peas Reggae Band or Chema Armengou & The Gou Music Band, as well as several well-known DJs, who extended the music until well into the night to close this 25th anniversary of the Cantabrian Surf School.
The Sixth Cántabra School Festival is organized by the Cántabra Surf & Skate School, in collaboration with Quiksilver, Roxy, Volkswagen, GoPro, Red Bull, House of Marley, Carver, Full & Cas, Xpeedin Surf, Ribamontán al Mar Town Hall and Federation Cantabria of Surf, among others.
RESULTS:
XVII Open Cantabrian Surf School:
Surf open:
1.- Joao Kopke (Portugal)
2.- Ethan Egiguren (Basque Country)
3.- Pablo Gutiérrez (Cantabria)
4.- Javier Bilbao (Cantabria)
Women’s Surf:
1.- Maddi Aizpurua (Basque Country)
2.- Violeta Sánchez (Cantabria)
3.- Valentina Vitale (Italy)
4.- Belén Botín (Cantabria)
VI Open Cantabrian Skate School:
Open:
1.- Pablo Carranza (Cantabria)
2.- Jaime Mateu (Baleares)
3.- Víctor Bolado (Cantabria)
4.- Iñaki Fernandez “Kako” (Basque Country)
Finasters:
1.- Lucia
2.- Agnes
3.- Sofia
4.- Noa
Sub-16:
1.- Carlitos
2.- Jon
3.-Larrun
4.- Ethan
Sub-12:
1.- Julen
2.- Abraham
3.- Ian
4.- Maikel
More information: www.escuelacantabradesurf.com
Contact Press: Nacho García | 609 482 823/942 51 06 15 | Ecsurf@escuelacantabradesurf.com